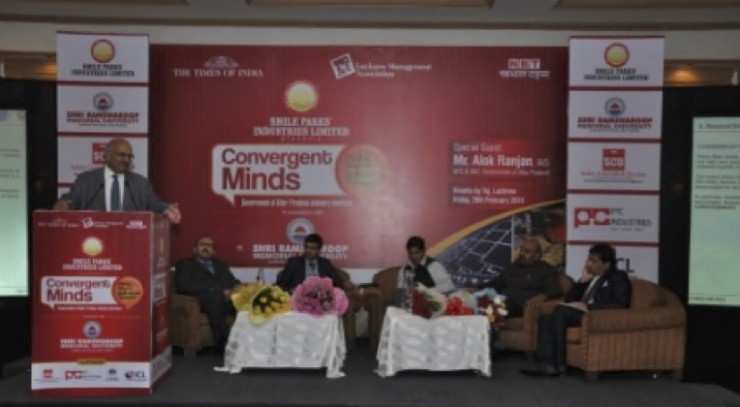 A DEAL WORTH 1.2 BILLION EURO FOR TECHNOLOGY “MADE IN ITALY”

Made in Italy marks another milestone in the field of innovative technologies in Biomass and confirms its success in India. Led by Dr. John Martin Thomas , Secretary General of the “INDO EUROPEAN CHAMBER OF SMALL & MEDIUM ENTERPRISES” ( www.iecsme.com ), as well as Chairman of the “SAVE-INDIA INDIAN ROYAL HERITAGE TRUST”, an Italian delegation , consisting of two engineering companies in the renewable energy from Milan, TDM Group company represented by Mr. Marco Lissoni and MGM EC (Technical Advisor to the TDM Group) represented by Mr. Marco Giudici, participated in the conference “CONVERGENT MINDS” organized by the Indian newspaper ” TIMES OF INDIA ” February 28, 2014 at the Taj Vivanta in Lucknow , the state capital of Uttar Pradesh in India.
The Conference was attended by personalities from the business and the politica world of the State of Uttar Pradesh, the largest state of the Republic of India with a population of over 250 million inhabitants. After this conference , The Italian company , TDM Group Engineering ( www.tdmgroup.it ) with its joint venture partner AVK Consultants India Pvt Ltd., signed a Memorandum of Understanding ( MoU) for the construction of n. 100 biomass power plants in the State of Uttar Pradesh with SPIL (Smile Parks Industries Limited) , Lucknow – Uttar Pradesh India.